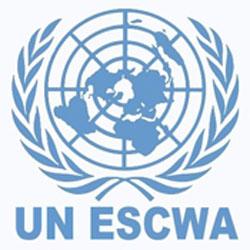 The Economic Commission for Western Asia (ECWA) was established on 9 August 1973 with the purpose of setting up the Commission was to raise the level of economic activity in member countries and strengthen cooperation among them.

ESCWA has been located in a number of Arab capitals. It started in Beirut (1974- 1982), moved to Baghdad (1982- 1991), then to Amman (1991- 1997), and returned to Beirut in 1997, its permanent headquarters. ESCWA comprises 17 Arab countries in Western Asia: Bahrain, Egypt, Iraq, Jordan, Kuwait, Lebanon, Libya, Morocco, Oman, Palestine, Qatar, Saudi Arabia, The Sudan, The Syrian Arab Republic, Tunisia, The United Arab Emirates and Yemen.

IGRAC and UN-ESCWA have both been involved in the groundwater component of the Transboundary Water Assessment Programme (TWAP), a project that involved the assessment of 199 transboundary aquifers and 43 Small Island Developing States.