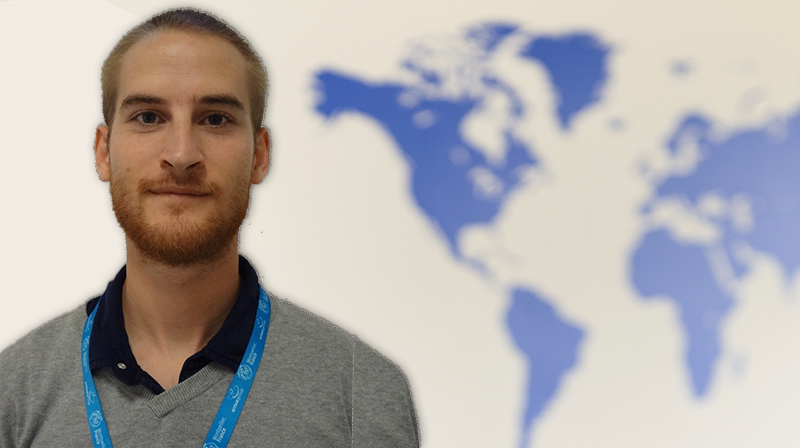 Dr. Arnaud Sterckx has joined the IGRAC team as Researcher. Arnaud was born in Belgium, but worked in Quebec (Canada) until recently. He is already looking forward to get involved in IGRAC's projects. "I want to get involved into a large range of applied projects of groundwater research and management", Arnaud says. "There is so much to be done, let’s see if I can be of any use!"

Background and Areas of Expertise

Arnaud first got a B.Sc. in Geology and another in Geography at the Université Libre de Bruxelles (Belgium), soon followed by a M.Sc. during which he was trained as a hydrogeologist. "My M.Sc. project was dedicated to a small karstic catchment in Belgium", he says. In addition, Arnaud did an Erasmus exchange at the University of Utrecht (the Netherlands) and a field campaign of geophysics in northern Ethiopia.

"I then moved to Canada to further specialize into hydrogeology at the Université Laval, where I got a second M.Sc. and a Ph.D", he says. "My M.Sc. thesis was about the factors controlling wells yield in crystalline rocks of the region north to Ottawa, while my Ph.D. project aimed at determining the impact of past glaciations on groundwater flow in the northern Baltic Artesian Basin (in Estonia and Latvia), by the means of numerical models."

After his PhD, Arnaud worked for 4 years as a teaching assistant at Laval University. He also organised a scientific conference in Quebec City (Canada) in 2013.