IGRAC and the ISARM West and Central Africa 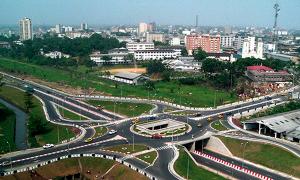 IGRAC participated in the First ISARM Central Africa and Second ISARM West-Africa workshop in Douala, Cameroon on 16-19 May 2011.

Objectives of the workshop

Based on the presentation, a number of new TBA's were identified for these regions. During the workshop the location and delineations were provisionally drafted on a map.

In the next year, IGRAC will coordinate the detailed delineation of the TBAs in Western- and Central Africa in close cooperation with UNESCO-IHP/ ISARM. The individual countries will draw their supposed or potential TBA''s delineations more precisely. IGRAC will collect all individual country contributions and compile them in TBA maps and facilitate the iterative process that leads to multi-laterially agreed delineations.