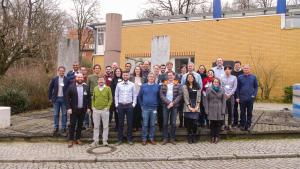 On 6 and 7 February the kick-off meeting for the project Global Gravity-based Groundwater Product (G3P) took place at GFZ in Potsdam, Germany. In this project, researchers use satellite data to gain information about global groundwater reserves. It is part of the EU research programme Horizon 2020. Scientists from twelve partner institutions from seven European countries plus other countries outside Europe gathered to plan the joint route through the project, which was launched in January.

The data at the heart of G3P comes from the satellites of the GRACE and GRACE-FO missions. GRACE stands for "Gravity Recovery And Climate Experiment", FO for "Follow-On", i.e. the associated follow-up mission. GRACE provided data on the Earth's gravity field from 2002 to 2017. GRACE-FO was launched into space in May 2018 and continued the measurements with higher accuracy. This currently ongoing mission provides continuous information on the complete water supply on Earth, the so-called "Total Water Storage" (TWS).

In G3P, the quantity of groundwater everywhere on earth is now to be determined from the known components of the water cycle and the TWS. To establish the individual components of the water cycle, G3P draws on the already functioning services in the European Commission's satellite data platform Copernicus. The product developed in the G3P project will be integrated and further improved in Copernicus in the future. The project is scheduled for three years. The next meeting of the consortium is planned for summer 2020 at the University of Zurich, in Switzerland. 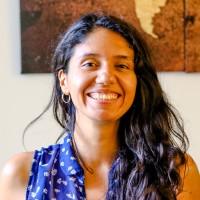