Special Edition of TBA Map will be launched at WWF7 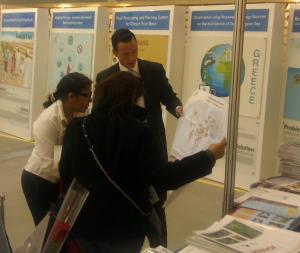 IGRAC and UNESCO-IHP will launch the 2015 edition of the Transboundary Aquifers of the World Map during the 7th World Water Forum in the Republic of Korea. This official launch will take place on Wednesday, April 15th (14:00-15:00) at the Expo & Fair section of the EXCO Centre in Daegu, Korea.

The map is based on the most recent results of an inventory of many projects of many projects carried out around the world. This 2015 special edition includes a series of three thematic maps which overlay the Transboundary Aquifers of the World. The TBA Map will be also available online at IGRAC's Global Groundwater Information System.

With one-third of humanity totally dependent on groundwater for their daily needs and 98% of the Planet Earth's easily accessible freshwater found in aquifers, there is an urgent need for improved governance to halt over exploitation and degradation of this vital ‘hidden' groundwater resource.

By sharing this TBA map, IGRAC and UNESCO-IHP aim to contribute to raising awareness on the importance of the sound governance of shared aquifer resources and to building the much needed global knowledge base.