Assessment of groundwater use and management in ECOWAS region

The population of Western Africa is booming. The region was home to 316 million people in 2007, they are now 391 million, and could reach 796 million in 2050. The population is growing more rapidly in cities than in rural areas, partly due to migration. The rapid growth of urban areas comes with planning and infrastructure challenges including water supply and sanitation. As many cities rely on groundwater for water supply, there are risks of groundwater over-exploitation and contamination.

As part of the World-wide Hydrogeological Mapping and Assessment Programme (WHYMAP), the status of groundwater use and management was assessed for the largest city in each of the 15 member states of the Economic Community of West African States (ECOWAS). The assessment relies on a comprehensive literature review and on inputs from national experts and resulted in a report and a map in English and French (all available for download)

Main findings of the assessment

Seven cities rely primarily on groundwater, either through public water supply networks and/or hand-dug wells:  Lagos, Cotonou, Lomé, Abidjan, Bissau, Banjul, Dakar. These cities rest on sedimentary basins containing high-yielding aquifers. These sedimentary basins are located along the Atlantic coast and are of the same geological age. They are also transboundary. Lagos, Cotonou, Lomé and Abidjan are part of the Coastal Sedimentary Basin, while Bissau, Banjul and Dakar are part of the Senegalo-Mauritanian Aquifer Basin. The Coastal Sedimentary Basin stretches until Cameroon (with the city of Douala, among others), while the Senegalo-Mauritanian Aquifer Basin stretches north until Mauritania, including the city of Nouakchott. Although these cities have different climates, they are all coastal cities and they share a similar hydrogeological setting.

The other cities are located on lower-yielding hydrogeological units, such as crystalline or volcanic rocks. Niamey is located in the Illumeden transboundary sedimentary basin but at its very fringe, where the thickness of sedimentary aquifers doesn’t exceed 30 m. The same holds for Bamako within the Taoudeni basin. Niamey and Bamako are located on the Niger river, so their public water supply relies almost exclusively on surface water. Other cities need to pump the water from nearby rivers or reservoirs: Accra, Monrovia, Freetown, Conakry, Ouagadougou. Praia is an exception. Located on a desertic volcanic island with little groundwater and surface water, it relies mostly on seawater desalination.

Groundwater availability or quality issues have been reported in all cities relying on groundwater resources. These issues relate to the rapid growth of the cities and the lack of investments in water supply and sanitation, as well as the lack of groundwater management measures. To understand how groundwater challenges relate to urban dynamics, the Driver-Pressure-State-Impact-Response (DPSIR) Framework was followed. The DPSIR framework allows capturing interactions between the environment (in this case groundwater) and social, economic or political factors. The Framework supposes a chain of causal links from Drivers to Pressures, from Pressures to States, from States to Impacts, and from Impacts to Responses. Responses in turn can act upon the Drivers, Pressures, States and Impacts, which reflects the ongoing evolution of relationships between the environment and the society. The DPSIR is particularly useful for translating complex situations into simple indicators, and it highlights the measures that can be implemented at different levels to improve the situation.

The DPSIR Framework was used, among others, for capturing the status of knowledge on groundwater in fourteen Asian cities, including groundwater dependency, problems related to groundwater over exploitation, implementation of various policy instruments and management practices. The DPSIR indicators of groundwater in West African cities is given in the top image on the right.

Due to the rapid increase of water demand, cities relying on groundwater have experienced a decline of water levels in public boreholes and wellfields. In coastal cities, saltwater intrusion has sometimes been reported, like for instance in Cotonou and Dakar. Consequently, additional sources of water have been sought, such as additional wellfields further away from the city, surface water pumping and treatment plants, or (in coastal cities) seawater desalination plants. These alternative water sources come at a higher cost because of treatment (for surface water and – in particular – seawater) and transportation (from remote wellfields and surface water pumping plants or reservoirs). The search for alternative water supplies is best illustrated in Dakar. The city depended exclusively on groundwater until 1972, when surface water started to be abstracted 250 km away. To cope with the ongoing increase of water demand, transfers of surface water have increased significantly and, in addition, the city is building a seawater desalination plant.

In the majority of cities, public water supply is deficient and residents rely on alternative water supply. This is very often the case in modern neighborhoods where water supply infrastructure hasn’t been developed yet. The older parts of the cities are in general better served, either through private taps or public fountains. Public water supply is the most developed in terms of coverage in Dakar, Ouagadougou, Bamako, Niamey and Praia. Among these cities, only Dakar relies significantly on groundwater (~ 60%), although the part of surface water there should increase significantly in the near future and surpass the part of groundwater. Alternative water supply can be domestic hand-dug wells or (for high-income households and organizations) boreholes, or retailers and street vendors. In the latter case, it is difficult to identify where the water comes from, as it could come from a private well or from a tap on the public water supply network. When public water supply relies on groundwater, it is possible to tell that water sold by private sellers is groundwater. In other cases, the origin of water is undifferentiated. In several cities, it is not even clear whether people rely on domestic wells or on private sellers. Surveys suggest that many residents rely on a combination of water sources, depending on purposes and availability. Uncertainty as of groundwater use in alternative water supply is particularly high in Accra, Monrovia, Freetown and Conakry.

A significant percentage of residents rely on domestic hand-dug wells in West African cities, in particular in Lagos, Cotonou, Lomé, Abidjan, Bissau and Banjul. In some other cities like Dakar, Bamako and Niamey, hand-dug wells were abundant but they have been progressively abandoned with the development of public water supply, or they are used for non-drinking purposes. In Niamey, the interruption of groundwater use and the leakages from the public water supply (supplied with surface water) have risen the groundwater table, which is a concern for public health and for infrastructure. A similar situation can be seen in Nouakchott. Because the water level is low in hand-dug wells, these wells are particularly sensitive to groundwater level decline. Cases have been reported where hand-dug wells dry out or need to be deepened. In Cotonou, it is suspected that hand-dug wells run dry due to the wellfields that have been installed nearby.

Next to potential polluting activities like industries or horticulture, the lack of waste disposal and wastewater treatment is a major threat for groundwater resources. When available, public sanitation infrastructure is limited to the old, inner parts of the city. Like wellfields, waste disposal sites were located outside of the cities, to prevent contamination. Because of urban encroachment, it is nowadays common to see these waste disposal sites surrounded by the city. Hand-dug wells are particularly vulnerable to these sources of contamination because they tap shallow aquifers which are very close to the surface. It is common to find fecal bacteria, nitrates or other anthropogenic contaminants in shallow hand-dug wells. Flooding events have been reported to aggravate the dispersion of contaminants in the subsurface and the subsequent contamination of wells. Flooded areas are usually occupied by low-income neighborhoods. Deeper aquifers that are confined or semi-confined are less at risk. These aquifers are tapped by public wellfields or by households and organizations that can afford drilling a borehole.

On the other hand, boreholes tapping deep aquifers constitute a pathway for contaminants to travel from the surface to aquifers that would be otherwise confined and protected. This is a potential thread for deep, confined groundwater resources. Although these are less vulnerable to contamination than shallow groundwater resources, they are less resilient in case of contamination (they will need more time to recover, unless costly remediation plans are made).

Four main groups of groundwater users can be identified:

In many cities, access to water is still a challenge for many residents, in particular the poor. Those who are served by public water supply can endure water shortages or water quality issues. Those who rely on hand-dug wells are vulnerable to contamination and groundwater level decline. In several cities, complicated access to water is a source of social unrest. Although it is not possible to determine the exact cause of diseases like cholera and diarrhea, the low quality of shallow groundwater is a serious concern for the health of urban dwellers who depend on it.

Next to groundwater monitoring, it is good to regulate the drilling of boreholes with the application of registration or licensing. In many cities, there is no such regulation or the regulation is not enforced. The unregulated drilling of boreholes can result in over-abstraction or contamination of deep, strategic groundwater resources. There is little chance that such regulation could prevent new boreholes to be drilled as long as public water supply doesn’t meet the demand, but it can at least provide information on groundwater abstraction. It can also be an opportunity to gather significant groundwater data collected during the drillings, such as stratigraphic logs or pumping test data. Finally, protection zones must be drawn around the wellfields and they must be enforced. The common absence of such protection zones is serious threat to public water supply.

This assessment shows, among other, the need for groundwater characterization and for ground­water management measures, such as monitoring, borehole licensing and protection zones. 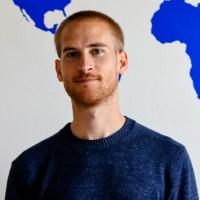