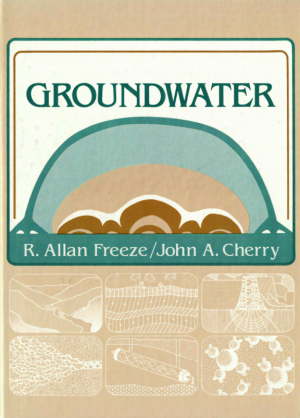 SIWI has announced that Dr John Cherry has received the Stockholm Water Prize for 2020. He has been awarded for his work on understanding groundwater vulnerability, migration of contaminants in groundwater and their remediation.

“We urgently need to raise awareness of the importance of groundwater. It’s the essential water for our ecological world and sustains rivers, lakes, peatlands, wetlands, everything. For humans, groundwater is also becoming more and more important. Already today, almost half the global population is drinking groundwater. In coming years, when our planet will have an additional two or three billion inhabitants, most of them will rely on groundwater,” Dr Cheery  says.

Through many generations, hydrogeology students have used Groundwater, textbook which John Cherry co-authored together with Alan Freeze already in 1979. Nowadays this book has been prepared in e-book format and translated in various languages through a Groundwater Project.

The work of Dr Cherry remains inspirational for his colleagues and generations to come. This price is not only a just recognition of his achievements but also his new contribution to the world-wide groundwater advocacy and awareness.