Transboundary Aquifers of the World map 2021 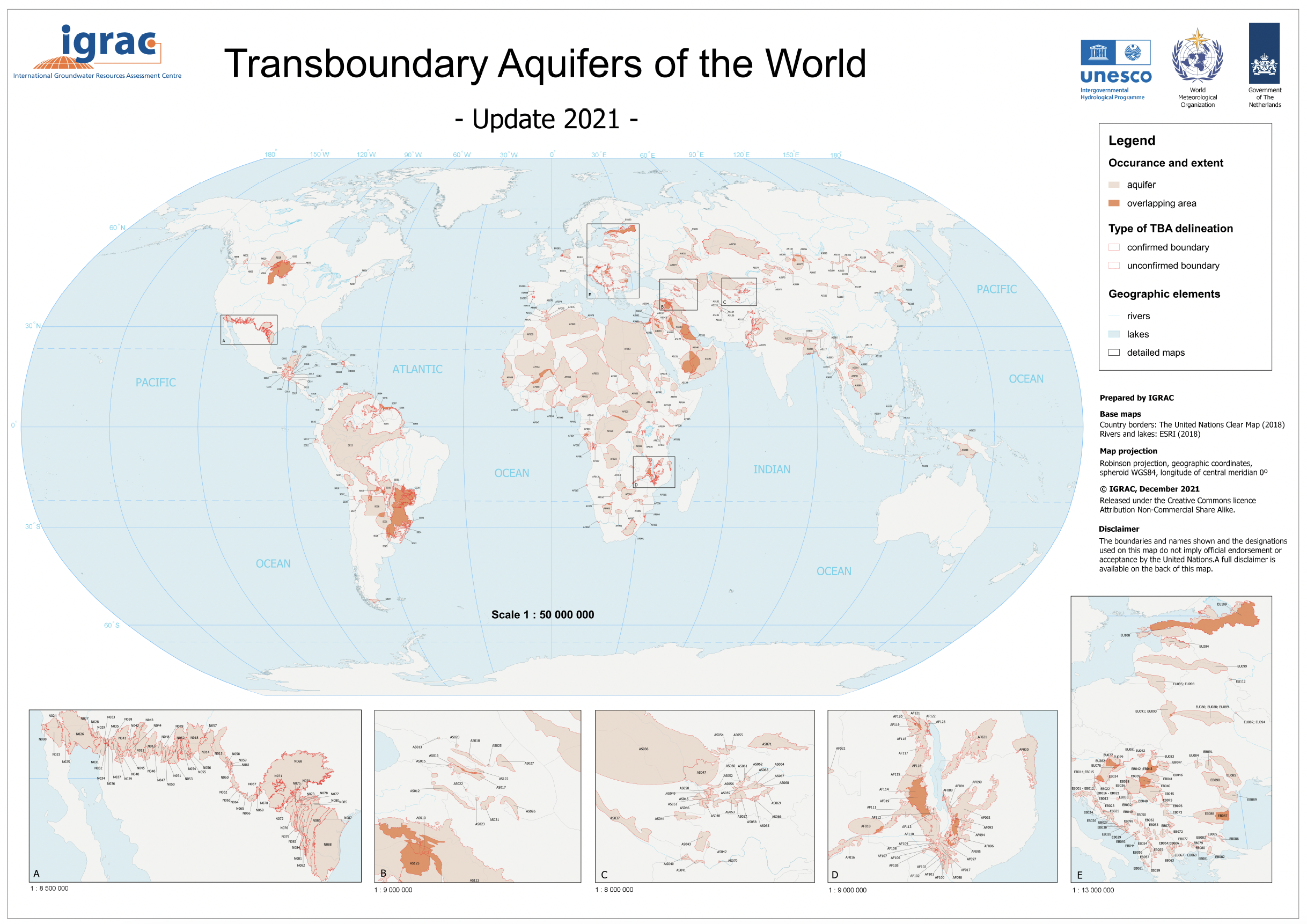 Groundwater is the most abundant source of freshwater on earth, accounting for approximately 97% of non-frozen fresh water. It is an important natural resource that greatly contributes to human development. Approximately 50% of the world’s population drinks groundwater daily. It is often critical for sustaining rural populations that are located away from surface water and piped infrastructure. With respect to food production, groundwater is estimated to contribute to over 40 percent of the world’s production of irrigated crops. Groundwater sustains ecosystems, maintains base flow of rivers and stabilizes land in areas with easily compressed soils. Aquifers can also buffer impacts resulting from seasonal variability and climate change. However, groundwater does not stop flowing at political borders and huge resources are stored in transboundary aquifers. Therefore, the identification, mapping, assessment and development of governance mechanisms for transboundary aquifers (TBAs) are important tasks for ensuring the sustainability of these resources and peaceful cooperation between countries. 40% of the worlds available water is transboundary. The assessment of global groundwater resources is one of the core activities of the International Groundwater Resources Assessment Centre (IGRAC). Next to the assessment, IGRAC – as UNESCO/WMO groundwater centre – facilitates and promotes global sharing of information and knowledge. In both activities, transboundary aquifers take a prominent place.