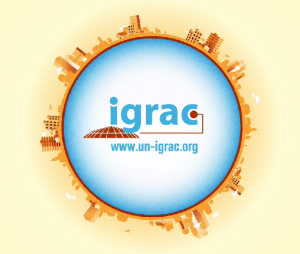 IGRAC has launched its new animated video entitled 'Groundwater, the Hidden Resource'. This video is part of IGRAC's #HiddenResource campaign that aims to create more awareness about the importance of groundwater, because although 50% of the world's population depends on groundwater every day, there is still a lack of attention for this precious resource.

Well, while groundwater is the most abundant source of freshwater on earth, it still remains a hidden resource. What really keeps it "hidden" is the limited amount of data on its availability, quantity and quality. In other words: we often have insufficient real insight in the water below ground.

Groundwater supplies almost half of all drinking water in the world. The water we drink every day from the tap or the bottles is largely provided by groundwater. Moreover, groundwater is crucial to support food production. Shocking but true recent studies revealed that every year the rate of groundwater pumping is increasing globally and that climate change will reduce the replenishment of our sub-soil groundwater reservoirs. Currently, the Brazilian megacity of São Paulo is suffering from its worst drought in 80 years, resulting in depletion of its key reservoirs. And there are numerous other examples of countries and cities that are facing this situation.

You simply can't manage what you don't measure. Without insight of how much water is stored below ground, you will not know how much water you can sustainably consume until it's already too late. Therefore, more research is needed to ensure safe drinking water for the generations to come.

Since awareness is the first step towards development, the IGRAC initiated its #HiddenResource campaign to raise awareness about the importance of groundwater. Apart from a campaign website, IGRAC organized a Thunderclap campaign as well in order to create awareness on a big scale. Thunderclap is a crowdspeaking platform that allows a single message to be mass-shared in order to rise above the noise on social media. This way everyone with Facebook or Twitter account was able to join and IGRAC's campaign quickly showed to be very successful. Organisations such as United Nations, UNICEF, UNEP and UNESCO-IHE joined, resulting in a social reach of 7.3 million people.