The 7th World Water Forum was held in the Republic of Korea from 12 to 17 April 2015 and IGRAC participated in this major event as well. The World Water Forum is the world's largest meeting on water and is held every three years. At this 7th edition in Daegu and Gyeongbuk, IGRAC gave presentations at several sessions, organised the official launch of the 2015 Edition of its TBA Map and was being represented at the Expo & Fair.

IGRAC Director Dr. Neno Kukuric was invited to speak in two thematic sessions. The first session was the European Regional Session of 'Sharing experiences of transboundary management of international rivers, lakes and aquifers' and was held on Monday 13 April in Gyeongju. During this session, Kukuric presented the DIKTAS project.

On Thursday 16 April, Dr. Kukuric presented the groundwater component of the Transboundary Waters Assessment Programme (TWAP), during the session on facilitating data and Information exchange between the riparian countries in transboundary basins. This session was held at the EXCO in Daegu.

The new Transboundary Aquifers of the World Map 2015 has been launched during the World Water Forum. This map shows the state of information presently available on the occurrence and extent of transboundary aquifers world-wide. The launch took place at the UNESCO exhibition space at the Expo & Fair.

IGRAC participated in the Expo & Fair with its own booth, manned by IGRAC representative Stefan Siepman. This booth was part of the UNESCO exhibition space, which was coordinated by UNESCO IHP and UNESCO-IHE. 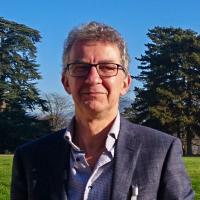